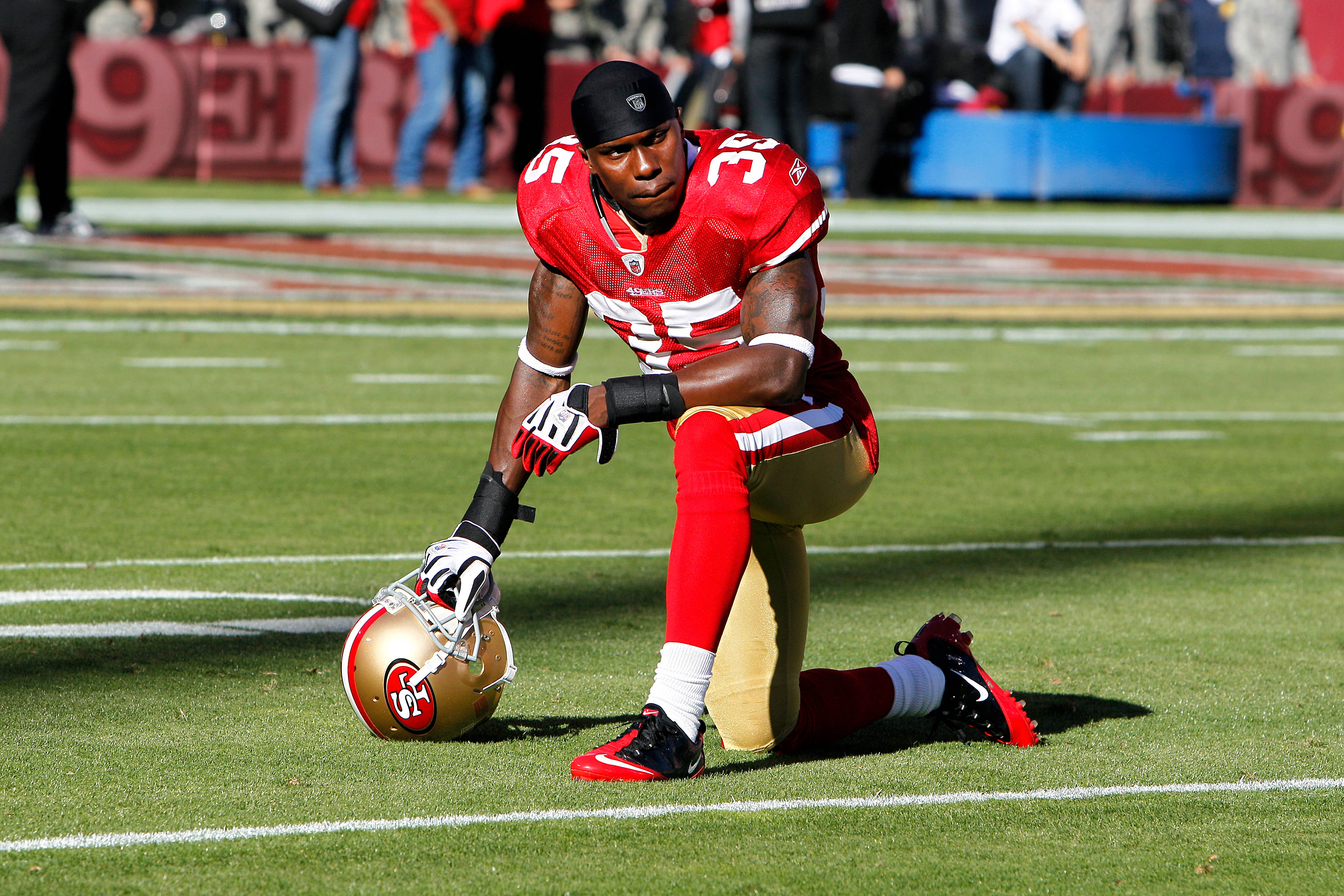 On April 7th, 2021, shocking news arrived out of Rock Hill, Atlanta. Ex-NFL Player Phillip Adams shot six people then killed himself without a known reason. Adams was 32. He had no criminal record. So we want to know what all murderino and NFL fans want to know: what happened? Why did he do it? Does it have anything to do with CTE? As details are arising, we will update the article, so don’t miss out on the latest developments and check back soon!

Phillip Adams played as a cornerback for the San Francisco 49ers, the New England Patriots, the Seattle Seahawks, the Oakland Raiders, the New York Jets and retired from the Atlanta Falcons.

During his 5 years in the NFL, he had 128 tackles, 5 interceptions. It is not a big career, but everyone should be lucky to play even a minute in the NFL. During his time in the NFL, he suffered 2 known concussions in 3 games (that was in 2012, where concussion protocols were likely less strict than now), but we all know that CTE (chronic traumatic encephalopathy) takes a long while to develop.

Suppose you followed Aaron Hernandez’s story from his high school career to his college career at the young age of 17, all the way to his glorious NFL days and his ultimate fall from grace. In that case, you know that players in the NFL have been going through a series of head injuries beginning at a very early age.

Currently, we don’t have updates on Phillip Adams’ autopsy, but we hope to hear if he had any other motive or this chronic condition could have triggered something which made him commit these murders.

While we aren’t trying to make excuses for Phillip Adams or Aaron Hernandez or blame everything on CTE – since plenty of other players with the condition don’t turn into homicidal maniacs, we are still considering this as a contributing factor.

Nobody really knows what happened or why it happened. The only witness account comes from one of the victims who died a few days after the shooting but was alert enough to give a witness account of the events and call 911.

Robert Shook, 38, worked as an air conditioning technician at the scene when a “black male” came out of the woods, dressed in a black hoodie and camouflage pants and opened fire. The suspect walked into the house, shot the owner Dr. Robert Lesslie, 70; his wife, Barbara Lesslie, 69; and their two grandkids, Adah Lesslie, 9, and Noah Lesslie, 5. The sixth victim was Shook’s colleague James Lewis, 38.

Adams emerged as a suspect on the following day when police surrounded his home only a quarter of a mile away from the crime scene. Adams’ mother was still on the scene and have been safely removed while the police were trying to negotiate with Adams and get him to turn himself in, they even used a robot, but Adams ended his life in his bedroom.

People in the community claim that they don’t know any existing relationship between the victims and Adams, and they have no idea why the former player would enter the doctor’s house.

Adams’ father and sister claim that his mental health has been in decline in recent years, and it must have relation to CTE.

We are awaiting the autopsy results, and hopefully, more details will emerge about the motives; maybe Adams’ mother, who was at the scene, can shed light on more details.

Masks With A True Crime Theme

I really wanted go but sorry o can’t...
Is it over yet?
Oh, tell me more! It’s all coming together!
Also, I will have sex with your wife and you’ll give me all your money.
That’s how I relax... #truecrimepodcasts #truecrimejunkie #truecrimecommunity #podcast #truecrimeaddict #truecrimememes
I wish I could be back in quarantine 😒